Below are the following extended texts we will be reading as a class throughout the year. Each book will be read, discussed, analyzed, interpreted, and written about! As we progress through, resources, pictures, and activities will be posted for each story. In the meantime, check out the description of these incredible stories below! 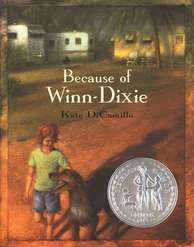 The summer Opal and her father, the preacher, move to Naomi, Florida, Opal goes into the Winn-Dixie supermarket and comes out with a dog. A big, ugly, suffering dog with a sterling sense of humor. A dog she dubs Winn-Dixie. Because of Winn-Dixie, the preacher tells Opal ten things about her absent mother, one for each year Opal has been alive. Winn-Dixie is better at making friends than anyone Opal has ever known, and together they meet the local librarian, Miss Franny Block, who once fought off a bear with a copy of War and Peace. They meet Gloria Dump, who is nearly blind but sees with her heart, and Otis, an ex-con who sets the animals in his pet shop loose after hours, then lulls them with his guitar. Opal spends all that sweet summer collecting stories about her new friends, and thinking about her mother. But because of Winn-Dixie or perhaps because she has grown, Opal learns to let go, just a little, and that friendship-and forgiveness-can sneak up on you like a sudden summer storm. 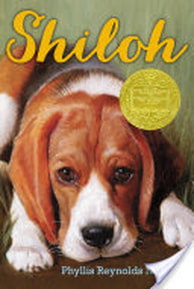 ​Marty will do anything to save his new friend Shiloh in this Newbery Medal–winning novel from Phillis Reynolds Naylor.

When Marty Preston comes across a young beagle in the hills behind his home, it's love at first sight—and also big trouble. It turns out the dog, which Marty names Shiloh, belongs to Judd Travers, who drinks too much and has a gun—and abuses his dogs. So when Shiloh runs away from Judd to Marty, Marty just has to hide him and protect him from Judd. But Marty's secret becomes too big for him to keep to himself, and it exposes his entire family to Judd's anger. How far will Marty have to go to make Shiloh his? 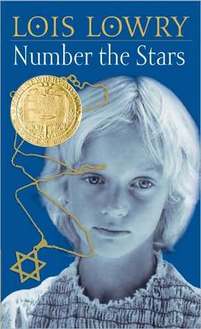 As the German troops begin their campaign to "relocate" all the Jews of Denmark, Annemarie Johansen’s family takes in Annemarie’s best friend, Ellen Rosen, and conceals her as part of the family.

Through the eyes of ten-year-old Annemarie, we watch as the Danish Resistance smuggles almost the entire Jewish population of Denmark, nearly seven thousand people, across the sea to Sweden. The heroism of an entire nation reminds us that there was pride and human decency in the world even during a time of terror and war. 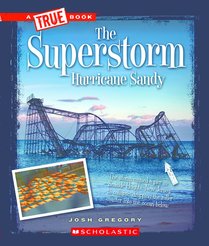 ​On October 29, 2012, one of the largest, most powerful storms in recent history landed on the coast of New Jersey and proceeded to wreak havoc upon the East Coast of the United States. Readers will discover how Superstorm Sandy formed as a hurricane in the Atlantic Ocean and made its way through the Caribbean and up to the United States and why the storm grew so powerful. They will also learn about the widespread damage and suffering caused by the storm and 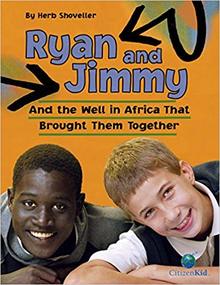 It costs a lot of money to build a well in Africa --- a lot more than Ryan Hreljac had thought. Still, the six year old kept doing chores around his parents' house, even after he learned it could take him years to earn enough money. Then a friend of the family wrote an article in the local newspaper about Ryan's wish to build a well to supply people with safe, clean water. Before long, ripples of goodwill began spreading. People started sending money to help pay for Ryan's well. Ryan was interviewed on television. His dream of a well became an international news story.

In Agweo, Uganda, villagers were used to walking a long way every day in search of water. What they found was often brown and smelly and made a lot of people sick. But when Ryan's well was built, life in the village changed for the better. A young orphan named Akana Jimmy longed for a chance to thank Ryan in person for this gift of life --- clean water.


​When they finally meet, an unbreakable bond unites these boys from very different backgrounds, and a long and sometimes life-threatening journey begins.

Ryan and Jimmy is part of CitizenKid: A collection of books that inform children about the world and inspire them to be better global citizens.